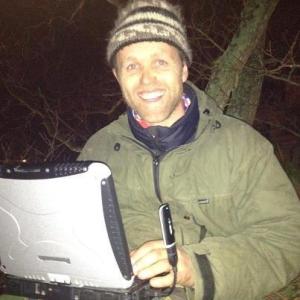 Over the last year I have been in the throes of the criminal justice system and as this process is coming to an end with a verdict and possible sentencing due tomorrow it’s been on my mind recently more than normal.

I was arrested on my father’s 70th birthday in January 2013 following the occupation of a tree in the Combe Haven valley, the site of the Bexhill to Hastings Link Road.  My crime?  Sitting in a tree.

There’s much I could say about the scheme, but I’ll leave that to another time (in the meantime have a look at http://combehavendefenders.wordpress.com/). Here I just want to say a few things about the way this case has been handled as it has fundamentally changed my outlook on the Police, the Government, and the relationship between the two.

Call me naive, but I had grown up with the idea that the Police were there to stop crime and look out for people in their communities.  They were there to protect you.  In other countries the Police were corrupt, but not in Britain.  Our Police are trustworthy.  They help you when you need help.  They’re your friend.

I had grown up with a similar view about the Government.  You might not agree with them, but you could trust them.  Other governments are corrupt, not ours.  When I was at school I joined the Scouts, largely because my friend Richard had joined, but I really enjoyed it.  When I was at University I joined the Officer Training Corps, and after a few years and a short stint at Sandhurst Military Academy, I became an Officer in the British Army.  During my time there I met many exceptionally decent people and many of my best friends today are people I met there.  I am not your normal rent-a-mob hippy anti-establishment protester.  For a time I WAS the establishment.

However, although I know a number of very honest and hard-working policemen and women, some of whom are very close friends of mine, my faith in the Police in general has, I fear, been irreparably damaged.

During the course of our trial for aggravated trespass I have become increasingly convinced that the Police have been acting from start to finish with no regard whatsoever for the facts of the case and no desire to see justice done.  The only thing they seem to want is a conviction, and it seems they will go to any length to get one.  The case has been a roller-coaster of crazy happenings…and some amusing exchanges.

One of my favourites was when the prosecutor was late one morning during the heavy rains in December the Judge (District Judge Crabtree) observed “If you drive a soft-top Porsche in this weather you’re asking for trouble.”  Another gem was when Inspector Bartlett, the officer in charge of the prosecutions, moaned “my head hurts” after a particularly taxing day.  But the best moment I think was when the prosecutor challenged one of my co-defendents about an article he’d written in a magazine to inspire people to join the protest. The prosecutor said provocatively “So you DELIBERATELY chose language that you hoped would further your aims” to which my friend said without any hesitation “Yes, that is the nature of discourse”.

But I digress.  Amongst the amusing bits there have been a number of very serious errors that could well affect the outcome of the trial.  Some of these are undoubtedly mistakes due to incompetence; others are plainly and simply instances of Police officers lying under oath to further their aims.  And the officers doing the lying I’m sure are not not doing it because they have anything personal against me or my co-defendants; it is more likely that they have been leant on by their superiors… a quiet word beforehand touching on the tricky subject of potential promotion opportunities.  And if you’re a hard-working officer with hopes for his or her family and loyalties to a partner, children… this is going to be a very real consideration.

It started almost instantly we were arrested.  The custody sergeant is apparently supposed to be the one making a decision about whether to press charges, based on the evidence contained in an MG5 report. We got to see those during the trial. Of the six of us, three of us were referred to throughout the report by the wrong gender.  All of us had an identical paragraph, obviously a ‘copy and paste’ job because the Police are too underfunded to do the job properly.  I’m no lawyer but I understood that we were supposed to have ‘individual consideration’ in the merits of our prosecution.  And what did the paragraph say?  That we had stopped work by climbing a digger.  Really?  Oh no… that was the allegation against someone in a completely different trial, for an event that happened at a different place, the previous week.  Oops.

It continued. Inspector Bartlett wrote in her written statement prior to the trial (I still have a copy) that I’d parked a Big Lemon bus across the entrance to Adams Farm to obstruct it.  However the video evidence shown in court clearly shows a little London taxi parked by the side of the road with vehicles little and large passing by easily.

When the trial started the first thing they did was change the charge.  I don’t blame them to be honest – the initial charge was a confused nonsense.  The change was all technically above board and the Judge permitted it… but it’s still a bit odd that it’s perfectly acceptable to charge someone with X and have them preparing for eight months to answer the charge of X… and then change the charge to Y on the first day of the trial.

When the trial got under way there were a number of other peculiarities.  First of all there was Inspector Bartlett, sitting in the courtroom with the prosecution’s solicitor, discussing this and that and passing notes to the prosecution barrister.  After almost a week of this she was called as a witness for the prosecution.  Now I didn’t know it at the time, but according to our barristers witnesses are not supposed to be in the courtroom prior to giving evidence.  It makes sense.  But it seems not to apply to the Police.

Towards the end of the trial it became evident that the warrant issued by East Sussex County Council for the compulsory purchase of the land was not in fact dated.  This matters because the warrant referred to timescales (in this case “14 days”) from the date of the warrant, and if the date wasn’t specified then whatever was supposed to be the case “14 days” later may not, legally, be the case, even today.  So the land may not have technically been in the possession of East Sussex County Council on that fateful day after all.  Was there even a warrant in existence at the time?  Or was it written out afterwards for the benefit of the trial?  Who knows.

However, in the course of this whole experience nothing has made me so angry and upset than to see a Police Sergeant whom I had for all intents and purposes befriended, stand up in front of the Judge and lie under oath.  Knowingly and intentionally.  He told the Judge that he had warned us, repeatedly on a number of occasions over a period of three weeks, that we were trespassing, that we had to leave, and that we were committing an offence of aggravated trespass.  This was a complete fabrication.  I had had a number of conversations with him on different occasions about the protest, and why we were there.  He’d watched us build tree-houses, and done nothing.  He’d watched us bring materials onto the site, and done nothing.  When I was in a tree a week before my arrest, protesting against its felling, he brought soup and handed it up to me.  Not once in the three weeks had he mentioned that we shouldn’t be there, or asked us to leave.  Until my arrest I had not even heard of the charge of aggravated trespass.  Whether he realised he should have mentioned these things and was trying to cover himself, or whether he’d been asked to say that by Inspector Bartlett, I’ll probably never know.

But why do the Police care so much whether the prosecution is successful or not?  I can only speculate, but having observed the indifference shown by the Police on occasions when I have reported a real crime, as well as policing of both Combe Haven and the fracking demonstrations at Balcombe and Barton Moss; it is very clear that the principal role of the Police in today’s society is as much to do with enforcing the will of the Government as it is about combating crime and protecting the community.

The verdict and possible sentencing will be given by Judge Crabtree at 10am tomorrow (Wednesday 12 March) at Brighton Magistrates Court.  The public are welcome in the public gallery, and we’re going to have a few photos with banners outside the court at 9.30am.

6 thoughts on “The possibility of becoming a criminal”